This discussion instructs you about the psychological techniques and methods of misdirection, that can be used to fool an audience.

It is obviously more applicable to professional artists, but it should become obvious how these techniques are used in politics, warfare and general mainstream media manipulations.

For today’s discussion, we have already introduced in the solution, the most critical element to the success of a magician’s trick or illusion, i.e the level and success of the misdirection of the intended audience.

Now, before we go any further, is the CAPS LOCK key on or off?

To be honest, it doesn’t matter whether it is or not, but you have just been misdirected (watch out for more of this). Welcome to the magical world of “mis-direction”.

Misdirection is to direct an audience to look at an object, point of interest or something away from the area where a ‘magical activity’ or ‘secret manoeuvre’ is being developed or performed. This means people are looking in the wrong place, thinking it is relevant to the trick, but it isn’t.

This action takes advantage of the limits of the human mind, to give the wrong picture and memory. The mind of a typical audience member can only concentrate on one thing at a time.

The magician uses this to manipulate the audience’s ideas, or perceptions of sensory input, leading them to draw false conclusions.

Magic is directly related to warfare, and relies upon the same principles for success.

When vanishing an object, you take the object in one hand and place it in the other. You have to make people believe that the object is in your hand and that you’re doing magic movements, such as throwing magic powders. While you do this, you are doing your dirty work with the other hand.

The audience will look where you look. If you’re not looking at your pocket, they will not be inclined to look at it. Many times the magic will not be revealed even if the audience looked right at it.

Magicians states the magic is happening, but it is long after the ‘dirty work’ has occurred. So with some acting and misdirection, the audience fail to recall when the secret part of the trick was actually enacted.

If the audience is fooled then you have them, if not, make a joke, if they think it’s a gag they relax, and you can get away with murder, literally !!!

Break their concentration and do your ‘magic thing’, the longer you carry people’s mind along a false trail, the more effective the climax of the trick.

If you repeat movements that look suspicious, this demonstrates to the audience that they’re not suspicious, which will make them trust you in future.

If you do the best card control in the world, and then take the deck behind your back, they will not be impressed or fooled.

Moves should look natural, if you want your moves to be deceptive, do them slowly, and even break them up into several steps, so they will look innocent.

So make sure you always have a logical reason to do the movements you have to do, and you will be more natural, the keyword here is justification.

Beware of ugly misdirection, i.e. where you manipulate something whilst the audience is misdirected, but the manipulation is just too fanciful.

This may work for a comedy magician, who can turn the manipulation into a running joke, but is not recommended for a master magician.

The audience will not be fooled, as they have become aware of the deliberate misdirection.

The magician must understand what is acceptable and goes unnoticed as suspicious, or what sends up a red flag to their intellect and therefore creates­ a feeling of “wait a minute, something tricky just happened”.

A lovely notion about misdirection is that what appears as insignificant, is actually essential, the opposite being largely true.

Close-up magic will head unexpected ways. With no favourable lighting or remoteness, you need to rely on interaction of speaking informally, often with humour and eye contact.

You must never forget the palming hand, if you forget, you’ll most likely flash what’s palmed because you make a gesture or whatever.

Make sure the palming hand looks natural. Empty hands swing a couple of times, look quite relaxed and do not move like one big unit.

If on top of this, you show a card like this every time, it helps even more. If the same procedure has been used several times without causing a magical effect, it will not be thought of as the key to the miracle. Doing it the same way every time, establishes a norm.

Ask them questions, engage other members, have patience, be sneaky and condition your audience.

Develop eye contact initially (not staring) without anything ‘magic’ apparently happening, so they can trust you!! Don’t expect people to follow your eyes for misdirection, if you’ve never looked at them in the first place.

Getting a spectator to talk about themself, will do two things: it will keep them from watching you and it will get them to think you are a friend and therefore trust you more. 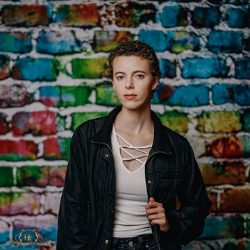 The single most important thing when it comes to naturalness is that you customize moves until they fit your body language. Video one of your performances and take a close look at how you behave when you’re not cheating. How do your hands move? Do you make gestures and talk with your hands? Do you move around and use the rest of your body?

When you know what your natural body language is like, you can structure your moves to fit seamlessly into it. This way, you can even fool your closest friends and your family. A lot of magicians have problems with this, because their friends can sense when they’re cheating.

Study people when they’re talking, and you’ll learn how relaxed bodies look. Then study the video of your performance and compare. If you don’t look relaxed you’ll be caught sooner or later.

We’re often told to carefully structure your routines to create an off-beat every time you need one. But how do you create an off-beat? It can be done by delivering a joke, by reaching a climax and by presenting a gag.

When they laugh or applaud, their attention is relaxed for a short moment and you can do your stuff. This is when you get your thumb into that loop, palm that card, switch those decks or whatever you have to do.

Often I’ll meet audiences who say, “OK I’ll only watch your left hand and then I’ll see how it’s done.” This is skepticism an unfortunately aberrant form of self-protection.

There is nothing wrong with skeptical inquiry. But there is something limiting about it when it guides one’s enjoyment of intellectual or circus arts.

You cannot misdirect someone who will not be directed. That is, unless they do not realize a deception is afoot.

Misdirection is a technique, and as all other techniques it can only be mastered through practice. Try to apply some kind of misdirection in a self-working trick which doesn’t need much misdirection. Just use the technique and watch the spectators.

Don’t ever cover a move with speed. Be natural, do it on the off-beat. Study your own body language. Search for motivation for moves. Condition your audience for eye misdirection. Plan the point of interest and the use of eye scan. Have fun!

We honestly believe that understanding misdirection is the single most important thing for every magician. If you know a few magic secrets and some basic moves, you can fool some spectators most of the time. But if you have a thorough understanding of how misdirection works, then you can truly mystify all of them, all the time!

I’m also a firm believer in using choreography and body language to cover moves. There’s nothing that can hide your moves better than physical cover. Carefully planned body movement can provide you with that kind of cover. Of course, you need logical reasons for your body movements, but those reasons are really not so hard to come up with.

A magician has to sell misdirection effectively. Not a hard sell, because most people back up and throw up defences when faced with a hard sell. The best sales people get their customers to buy because they convince the customers that they are the ones making the decision.

A magician with misdirection works the same way. He may say “look at my hand” but it is done with such a natural, innocent manner that the audience does not realise it is being misdirected. Misdirection must be subtle, even when the directing is obvious.

Allow the audience to follow their own psychological tendencies. Let them imply you have moved something somewhere, without stating this, then perform some other actions to lead to a reveal that the object didn’t go where they thought it went.

Very powerful because the magician did not state this was happening, so difficult for the audience to track when the trick was done.

Always remember that the mind is fooled, not the eyes. The mind believes what is indicated by the senses, but often fills in the blanks when it does not actually see something. This is why misdirection works, the mind is led on ingeniously, step-by-step to defeat its own logic.

The art of misdirection is a subtle practice of understanding the human animal, and involving this animal in the performance of, “creating illusions agreeably”. The magician who creates wonder does their job. Delighting in what the magician is doing is the goal of the magician.

A magician is a sacred mantle ¬ not very well upheld by those who don’t believe in magic. Misdirection is a tool of the magician to create illusions that create wonder. Celebrity TV magicians miss this point completely. The real illusionist makes the audience not care about misdirection or even care how the illusion is brought about.

The stuff of magic is the stuff of metaphysical involvement on a real level. For a moment, an audience is injected with real wonder. It is a precious emotion, hard won and protected by those who possess it. I call this “real magic”.

The better mysteries will be brought about by talented magicians and their powers of almost invisible misdirection. This is the true talent of the magician. Do not abuse misdirection. The key to misdirection is subtlety, and it can become subconsciously annoying to spectators if heavily repeated.

Be natural. The whole key to misdirection is that the spectator trusts you. If they smell dishonesty, then misdirection will be lost. Direct your eyes, conversation and body language to the opposite side of wherever you need the spectator to NOT look. If you are manipulating a card in your right pocket, avert everything to the left side.

For the mind to be misdirected, it must be engaged. To engage the mind, the intellect must first find magic plausible, ‘willing suspension of disbelief’. Hence an illusion that fails to grab the intellect, but does capture the imagination such as the vanishing of the Statue of Liberty, is the stuff of myths, but poor illusion.

I mention the aforementioned TV magician’s ‘stunt’ and his seemingly vanishing of the Statue of Liberty, because it belittles the talents genuine magicians must develop, such as the understanding of misdirection. 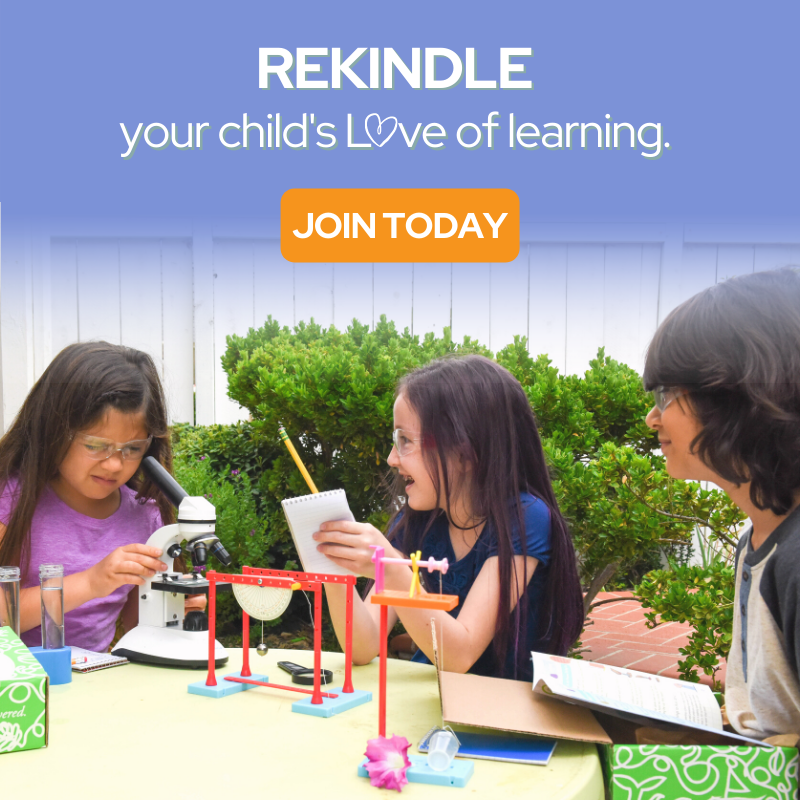